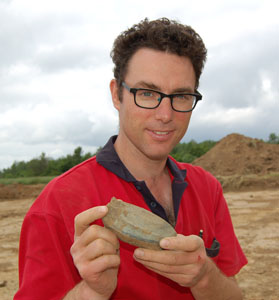 Ivo van Wijk (1975) studied Prehistory at the University of Leiden. In 2002 he graduated with a study of the excavations of two settlements of the earliest farmers in the Netherlands (Linearbandkeramik). After his graduation he started working at the commercial excavation company of Leiden University: Archol. Since then he is involved in numerous excavations in mostly the Southern Netherlands but took part in excavations and research into prehistoric sites from various periods (Paleolithic to metal ages) in the whole of the Netherlands. Particularly he has led large scale Bandkeramik settlements excavations such as Maastricht-Cannerberg, Elsloo-J. Riviusstraat and Stein-Heidekampweg. With test trenching he discovered the second known Bandkeramik cemetery known in the Netherlands which is located at Maastricht-Lanakerveld. His main research is focused on the early Neolithic cultural landscape, Bandkeramik settlement structure and pottery.
In this fashion he acts as a guest lecturer with the Faculty of Archaeology in Leiden.

At the end of 2010 the NWO-Odyssey research The LBK revisited: ‘forgotten’ research into the Linear Bandkeramik culture was granted. Archol, The National Museum of Antiquities as well as the National Cultural Heritage Service (RCE), the Faculty of Archaeology in Leiden and local authorities and amateur archaeologists cooperate in this project to enhance our resolution on the settlement system of the earliest farmers in the Netherlands.

Apart from excavating he is involved in a variety of projects concerning the broader aspects of archaeology such as community participation, producing documentaries, involvement in exhibitions, organizing symposia and giving lectures. 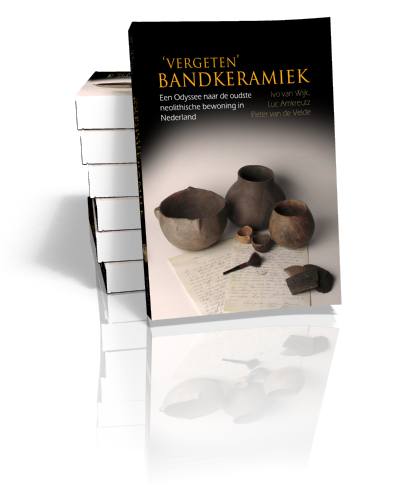