Gerrie obtained a Bachelor’s degree in Classics and a Master’s degree in Archaeology, specialising in Mediterranean Archaeology. She is fascinated by both the literature and the material culture of Antiquity, with a special interest in sculpture. In 2017 she published the first results of an archaeological experiment regarding the terracotta figurines from Akragas in an article titled Figuring out: coroplastic art and technè in Agrigento, Sicily: the results of a coroplastic experiment, published in Analecta Praehistorica Leidensia 47 (Van Rooijen et al. 2017, 151-161). Meanwhile she teaches Ancient Greek and Latin Languages and Culture at a high school. 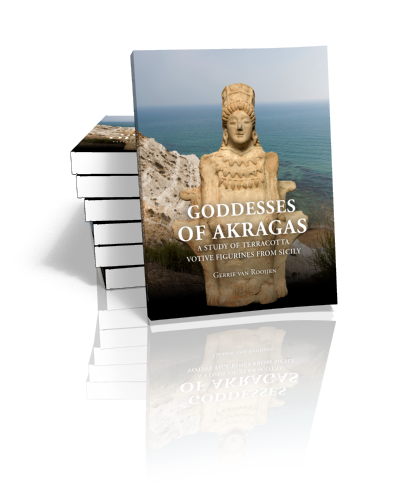 A Study of Terracotta Votive Figurines from Sicily

The terracotta figurines from Akragas (Agrigento) with their chubby faces, splendid furniture, and rich adornments, depict a prosperous life in the late sixth and early fifth century BCE. The extensive jewellery on the figurines contains…