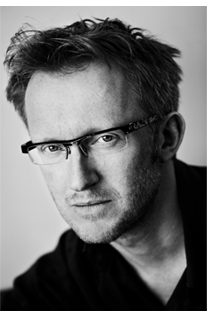 David van Reybrouck (Bruges, 1971) was born into a Flemish family of florists, bookbinders, electricians and artists. He read archaeology and philosophy at the universities of Leuven and Cambridge and holds a doctorate from Leiden. He was a visiting scholar in Barcelona and Paris and a postdoctoral research fellow in the history department of Leuven.

His first book De plaag (The Plague, 2001) was a cross between a travelogue and a literary whodunnit set in post-apartheid South Africa. It received several awards including the prize for the best Flemish debut in 2002 and a shortlist nomination for the Gouden Uil, one of the leading literary prizes in the Low Countries. It was translated into Afrikaans (Protea), French (Actes Sud) and Hungarian (Gondalat).

A longtime op-ed writer for the Flemish national newspaper De Morgen, Van Reybrouck has co-edited a volume on the federal future of Belgium, Waar België voor staat, (Facing Belgium, 2007) and a thought-provoking pamphlet, Pleidooi voor populisme (A Plea for Populism, 2008), which has stirred quite some debate. It was written during Van Reybrouck’s stage as a writer in residence at Nias in Wassenaar (the Netherlands Institute for Advanced Studies). His essays and reportages have been published in De Morgen, Knack, NRC-Handelsblad, de Volkskrant, de Groene Amsterdammer and Vrij Nederland.

As well as being a literary non-fiction writer, Van Reybrouck is an acclaimed playwright. His first piece die Siel van die Mier (The Soul of the Ant, 2004), a monologue, tells the story of a retired entomologist musing over his years in post-independence Katanga. It toured for many years in Belgium and abroad and was awarded the prize for the best new play in the Netherlands and Flanders in 2004. The Royal Academy granted it the award for the best Flemish play in five years. Missie (Mission, 2007), Van Reybrouck’s latest piece, is a monologue based on in-depth interviews with old white missionaries in war-torn Eastern Congo. The play is still touring in Belgium, the Netherlands, Germany and France until at least 2011. Van Reybrouck received the Arkprijs van het Vrije Woord, Flanders. most prestigious award that is annually distinguished to a public intellectual and writer.

As a poet, Van Reybrouck regularly contributes to the literary magazine Het Liegend Konijn. He was the founder of the Brussels Poetry Collective, a plurilingual, multicultural initiative that brings together Brussels-based poets from different ages, styles and backgrounds. In its performances, the Collective mixes classical verse with slam poetry and avant-guarde experiment. In 2009, Van Reybrouck initiated the Collective’s most ambitious project so far: The European Constitution in Verse. Fifty-two poets from all over Europe, including migrants and refugees, contributed to a long and unique poem filled with dreams and despair about Europe. The project was more than a frivolous rehash of a political fiasco; it was an attempt to reposition the debate on Europe’s future where it firmly belongs, in the public sphere of free and committed citizens.

Fascinated by the visual arts, Van Reybrouck has collaborated in book projects with leading photographers such as Stephan Vanfleteren (Belgicum, 2007) and Carl De Keyzer (Congo (belge), 2009), as well as the painter/sculptor Koenraad Tinel (Scheisseimer, 2009). He was a writer in residence in Amsterdam and Wassenaar.

Over the years, Van Reybrouck has travelled extensively throughout Africa. In May 2010, he finally published Congo. Een geschiedenis (Congo: A History), an ambitious and absorbing history of Africa’s most devastated country. Not content with simply observing, Van Reybrouck has also been actively involved in organising literary workshops for Congolese playwrights in Kinshasa and Goma.

For his book “Congo” Van Reybrouck won the Libris History Award, and the AKO Award for Literature. 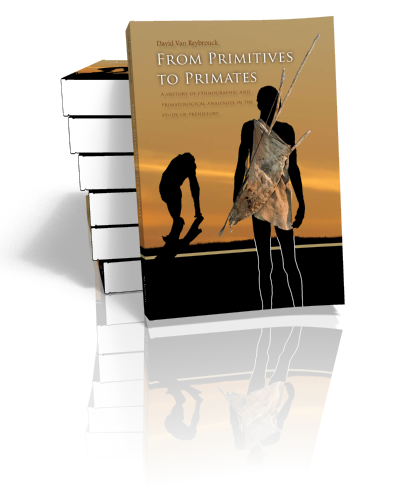 From primitives to primates

Where do our images about early hominids come from? In this fascinating in-depth study, David Van Reybrouck demonstrates how input from ethnography and primatology has deeply influenced our visions about the past from the 19th…