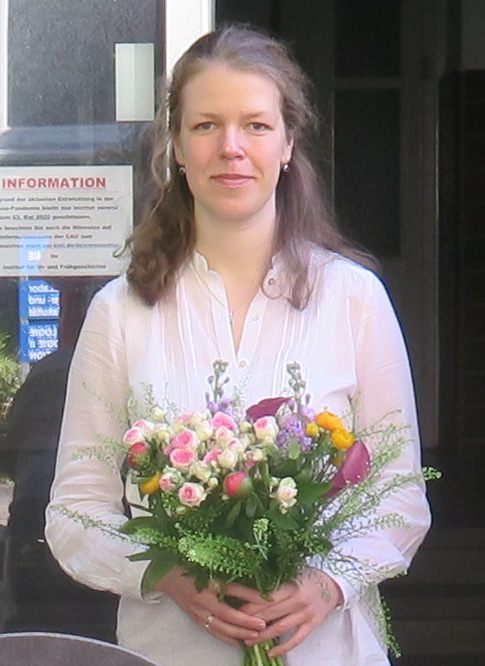 From 2006-2010, Liudmyla Shatilo attended the Taras Shevchenko National University of Kyiv and completed her Bachelor’s degree in History at the Department of Ancient World and Middle Ages, Historical Faculty. She continued her studies at the National University of “Kyiv-Mohyla Academy”, where she was awarded her Master’s degree in History with a major in Archaeology in 2012. From 2012-2015, she continued her research at the Institute of Archaeology of the National Academy of Sciences, Department of Eneolithic and Bronze Age Archaeology where she received the degree of kandidat istorichnih nauk in September 2017. From 2016-2019, she expanded on her research as a PhD student at the Institute of Pre- and Protohistoric Archaeology, Kiel University in the CRC 1266 ‘Scales of Transformation – Human-Environmental Interaction in Prehistoric and Archaic Societies’ within the subproject ‘Population agglomeration at Tripolye-Cucuteni mega-sites’. She was awarded her PhD in April 2020.

Liudmyla Shatilo has co-authored a monograph about the Tripolye giant settlement Talianki (2013) and authored and co-authored several articles among them about Tripolye clay house models (2005), “Board games” of early farmers in South-Eastern Europe (2015), Roofs of Tripolian Houses (2016), and Integrative architecture in Tripolye settlements (2019). 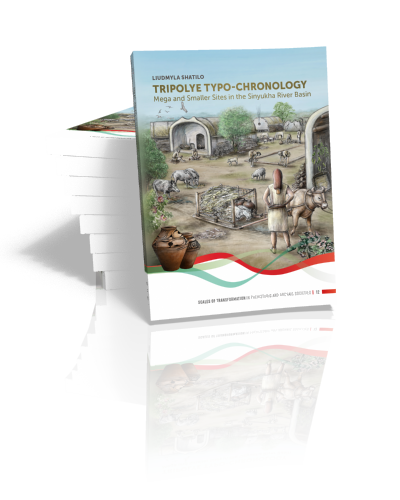 Mega and Smaller Sites in the Sinyukha River Basin

The Tripolye phenomenon, which displays a specific artefact complex and an extraordinary settlement layout, is also known for its so-called ‘mega sites’. Five of the largest ‘mega’ or giant settlements measure between 150-320 ha in…