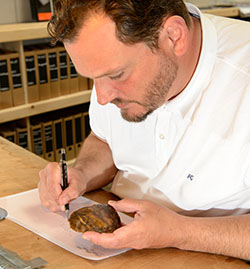 Yannick Raczynski-Henk (1972) studied Prehistoric archaeology at Leiden University with a special focus on Middle Palaeolithic open air sites in the loess area of Limburg (Netherlands) and the adjoining areas. Since 2003 he works as a geoarchaeologist in the Netherlands, predominantly in the littoral zone of the Dutch Holocene landscapes. Although he very much enjoys working there and has published on anything from Iron Age sites to Roman canals and Medieval farmsteads, he has never forgotten his true passion; the Middle Palaeolithic.

Long ago Yannick briefly aspired to become an artist and although the art world is probably better off without him he has given his passion for drawing a new purpose in his current career as an archaeologist through drawing lithic artefacts and other archaeological objects. 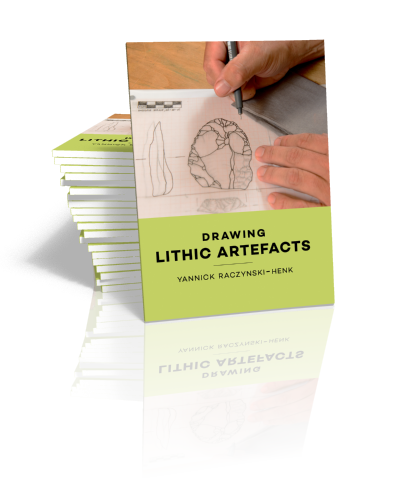 Stone Age researchers spend a lot of time studying and documenting lithic artefacts. Since it is impossible to study all these artefacts physically, they often rely on images. Drawings are often the most informative because… 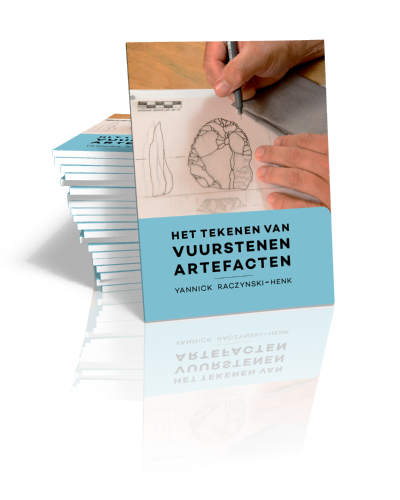