Yoshihiro Nishiaki, born in 1961, received his BA and MA from the University of Tokyo, and Ph.D. from University College London. He has been a full professor of prehistoric archaeology at the University of Tokyo since 2006 and Director of the University of Tokyo Museum since 2020. His major research interest is concerned with the prehistory of West and Central Asia, particularly the origins and development of farming socio-economy and the replacement of Neanderthals by anatomically modern humans in those regions. In order to further these studies, he has participated in and conducted a number of field investigations in West and Central Asia since 1984, including Palaeolithic and Neolithic excavations in Syria, Iraq, Iran, Azerbaijan and Uzbekistan.

Professor Nishiaki has served on the editorial boards and scientific committees of a number of international associations, such as the International Union for Quaternary Research, the International Union of Prehistoric and Protohistoric Sciences and Association Paléorient. His numerous co-edited volumes in the last decade include Variability in Lithic Production Technology during the Range Expansion of Paleolithic Modern Humans (Elsevier, 2021), Göytepe – The Neolithic Excavations in the Middle Kura Valley, Azerbaijan (Archaeopress, 2020), Learning among Neanderthals and Paleolithic Modern Humans (Springer, 2019). The Middle and Upper Paleolithic Archaeology of the Levant and Beyond (Springer, 2018), Multidisciplinary Approaches in the Definition of High-resolution Events to Interpret Past Human Behaviour (Elsevier, 2018), Dynamics of Learning in Neanderthals and Modern Humans (Springer, 2013), and Neolithic Archaeology in the Khabur Valley, Upper Mesopotamia and Beyond (ex oriente, 2013). 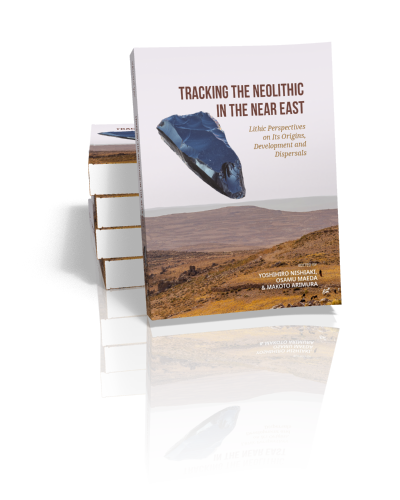 Tracking the Neolithic in the Near East

Lithic Perspectives on Its Origins, Development and Dispersals