Eric M. Moormann holds the chair of Classical Archaeology at Radboud University (Nijmegen, The Netherlands). Main research themes are urban studies of Rome, Herculaneum, and Pompeii, next to figural arts, especially mural painting. Furthermore, he has worked on Winckelmann and reception history. He is editor-in-chief of BABESCH. His publications include Divine Interiors. Mural Paintings in Greek and Roman Sanctuaries, Amsterdam 2011; with P.G.P. Meyboom Le decorazioni dipinte e marmoree della Domus Aurea di Nerone a Roma I-II, Leuven/Paris/Walpole 2013; Pompeii’s Ashes. The Reception of the Cities Buried by Vesuvius in Literature, Music, and Drama, Boston/Berlin/Munich 2015. 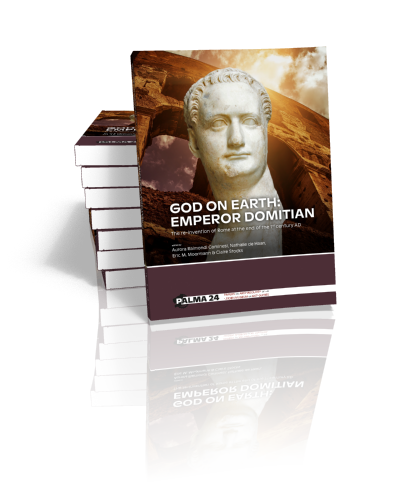 In life, the emperor Domitian (81-96 CE) marketed himself as a god; after his assassination he was condemned to be forgotten. Nonetheless he oversaw a literary, cultural, and monumental revival on a scale not witnessed…