Wout Dillen is a postdoctoral researcher working at the University of Antwerp as the coordinator of the Antwerp division of the DARIAH-VL consortium of DARIAH-BE. In 2015 he defended a Ph.D. thesis on ‘Digital Scholarly Editing for the Genetic Orientation.’ For this project he also developed the online Lexicon of Scholarly Editing (http://uahost.uantwerpen.be/lse/), initiated by Dirk van Hulle.

In 2016-2017, he worked as an experienced researcher as part of the DiXiT Marie Curie Initial Training Network on a project titled ‘Digital Scholarly Editing and Memory Institutions,’ hosted by the University of Borås. His most recent publications dealt with genetic criticism, text encoding, scholarly digital editing, and copyright restrictions. In 2017, he became the secretary of the European Society for Textual Scholarship (ESTS). 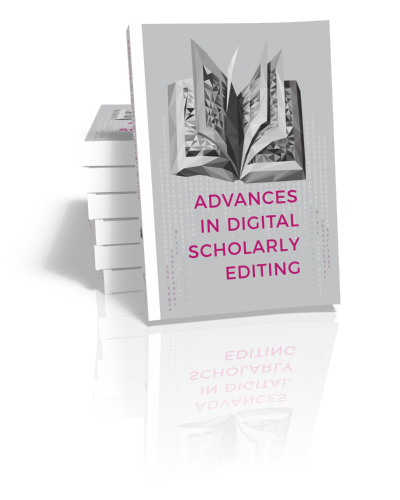 Papers presented at the DiXiT conferences in The Hague, Cologne, and Antwerp

As the papers in this volume testify, digital scholarly editing is a vibrant practice. Scholarly editing has a long-standing tradition in the humanities. It is of crucial importance within disciplines such as literary studies, philology,…